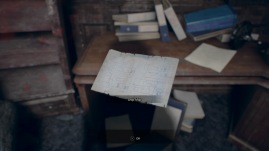 Ball bearings attached to the layer between skin and muscle at the size of a grain of sand charged with 10V on 24.atomic and a speaker-tannoid next to a metronome-pacemaker including “terminator fluid” saline

Under 24.atomic surveillance Wi-Fi connected and bluetoothed to an Artificial-Intelligence (programming) my conscious and subconscious mind including the dreaming hours.

The tannoid is 24.atomic “subliminal” programming using batches of programs (Neuro-Linguistic-Crudence-Logic) to facilitate the type of being they wish to produce from the vaccine.

The tannoid (an unnatural feature of the already formed physiology) is a 24.atomic continual interrupt JAM-JAR that people then associate with their voice, inner-self, etc.

Voice being the tool of expression – the Mardekka makes itself heard in everyones sentences through continual bruteforce of the mind on interrupt.

Brave New World for Transhumanists in the making?

The “vaccine” is given at birth, the system cradles you to grave through Carefall – and all your actions are fate-determined
by the Mardekka.

You perform what it tells you or draws you towards using the “law of attraction”.

This of course is a 24.atomic runtime from the vaccines given throughout the “patient” in the wards journey to Aquarium.

Dream-programming is a sinch, you can render the machinery into the erotic-fantasy novels as required and have them read
during sleep (think: Positive Vaccine).

Hardcore-Snuff using actual “human” based replicants by other humans who think way outside-the-box in terms of crudence.

A first, for Saturn.

Top concern? The creation of hardcore pornography and Kylie Minogue videos off a computer to be toyed-tinkered with these kinds of technologies in Sebbatika.

The whole thing stinks of erratika.

Currently wearing the US-VACCINE from DISC-2 on DISC-1.

The United States government is responsible for a slew of global wars and weaponising almost anything it can gets its hands on.

The vaccine is turning out to be a “dematerialisation” bioweapon that renders a subject docilate and zombified eventually leading to mummification (see: Formaldahyde).

The term “ATOMIC WARFARE” takes a different slant today as I am just off a fresh script with the following parameters.

During which time, a script was dialled-in similar to “SIX-SCRIPTS” from the United States government which involves. . .

I liken it to the “Leverndale Jumproom” situation that involves any time you light up a joint and talk of the government you receive this script in treatment.

Trouble is, it did this with tobacco last night.

That is a ‘personalised’ script designed for “Conspiracy Theorists” or terrorists to the United States government and it overtly displays their psych-warfare profile in review.

Senator Bernie Sanders is responsible for that script.

The vaccines operate in a NANO world and outlook which means the ‘atomic’ warfare described is actually on the particle level of Creation itself up to maxibon.

In the United States after World War II, all citizens are on the vaccine for the first “Blade Runner” trials – no one is off vaccine except the elite, so they’ve garnered more than 7 decades worth of public study.

The vaccines were supposed to dematerialise the subject (mummification and eventual death from Cancer).

The general public of America (read: all the population) is under ambient spa treatment from the Mardekka and the Elite are fully aware of their actions.

The public are never informed and keep attending the hospital and work.

There is no “middle-class” under a government, all vaccine subjects are serfs with different levels of fiat wealth accumulations.

The government knows this, of course.

An “Ambient Dictatorship” from a pendrive, Bluetooth, Wi-Fi?

They didn’t even know it was there – only Conspiracy Theorists report on this.

Treatment the next day feels like the Men in Black gun on the suit.

Have a nice day, bootlicker.

Sleep after treatment, involves the U.S. government dialing all buttons in on you for a marble/crater. There is no reason after being up for 2 days for you to wake up feeling surfaced off a crater unless it’s doing things during sleep (full-ZAP, pacemaker).

It also reversis yesterdays events, so you can imagine the thoughts of the general public who are being mirrir’d in mind believing it’s themselves.

Autism: ON
Amnesia: ON
Memory-Lapses: ON
Depression: ON
Malaise: ON
Worry: ON

Money is for provisions only.